Mount Longonot is a dormant volcano close to Lake Naivasha. Walk up to the rim of the crater and enjoy amazing views, while seeing eye to eye with zebras and giraffes.

Mount Longonot is thought to have last erupted in the 1860s and has been dormant ever since. It’s caldera is 8 x 12 kilometers in size and once up on the rim you have fantastic views over the crater on one side and the Kenyan Rift Valley on the other side.

The name Longonot comes from the Maasai word Oloonong’ot, which means mountains of many spurs or steep ridges. And the volcano is just that, with a steep hike up the volcano, and a challenging walk around the crater with rocky paths that go up and down. In total the hike from the gate up the volcano, around the rim and back is 13,5 kilometers long and takes four to five hours.

The hike is definitely worth it though, according to some it’s even the best hike they ever did. The surroundings are amazing, with wildlife such as zebras, giraffes, gazelles and buffaloes sticking their noses out, multiple bigger and smaller craters, robust forestry and horizon views reaching all the way to Lake Naivasha. 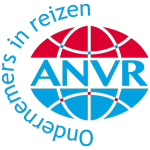